The Moon opposite Pluto synastry aspect is characterised by strong feelings, intense emotions, intimacy, jealousy and a tendency on the part of both partners to emotionally control and possess each other.

This doesn’t sound too promising, but does it mean that the lovers that finds this particular Moon and Pluto aspect in their composite chart are doomed to fail as a couple?

Not necessarily. The Moon in opposition to Pluto is one of the more challenging aspects, but there is much more to a relationship than a single uphill climb. At the same time, it is wise to pay attention to the potential obstacles that a hard aspect in synastry can represent in a romantic relationship.

Keep reading to learn more about what means when your Moon is opposite your partner’s Pluto, or vice versa.

Synastry is an area of astrology that is dedicated to surmising the astrological compatibility of couples based on their shared synastry chart. This chart is created by overlaying their two natal charts with each other, so that they form one composite natal chart, also called a synastry chart. 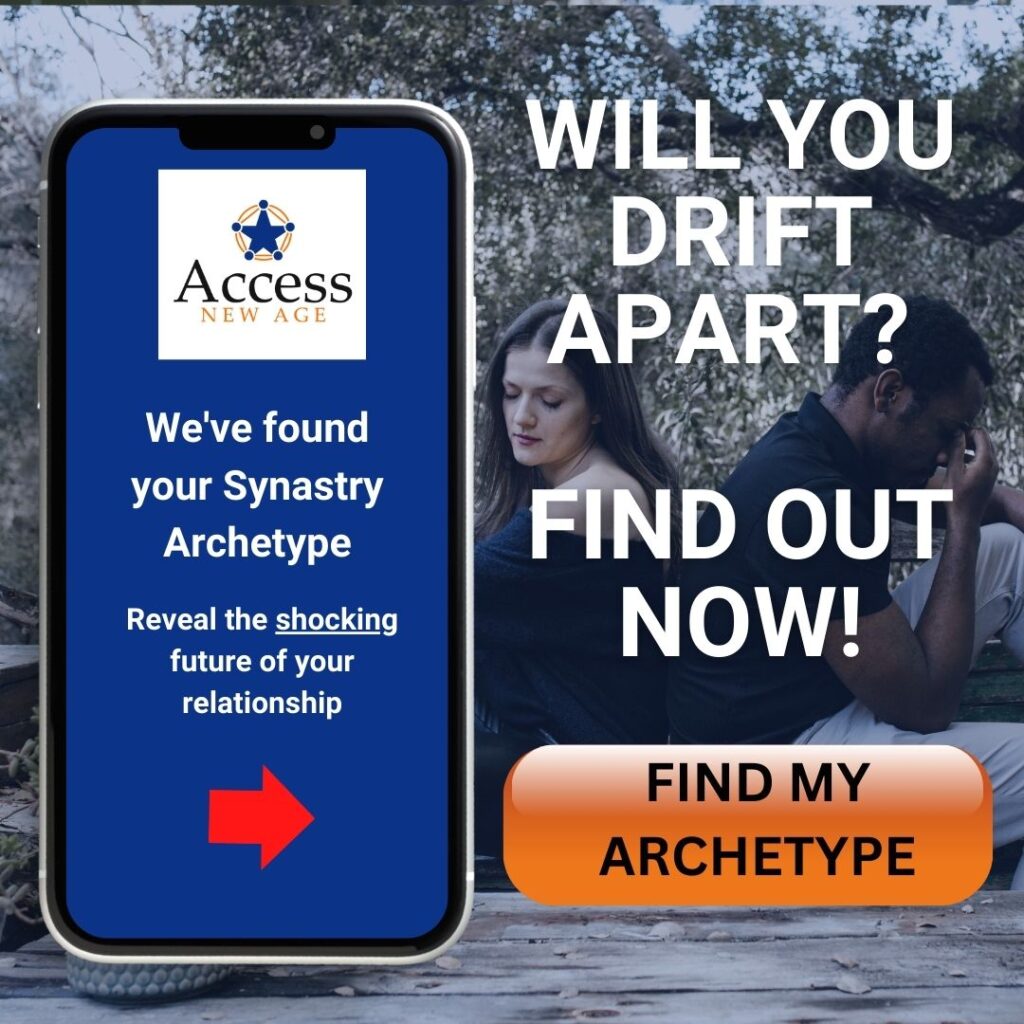 Some aspects – aspects meaning the angles that planets form to each other in the natal chart -are more positive and flowing than others. These are often referred to as soft. There are also hard aspects, and they are rather more challenging, although not necessarily negative.

It also follows that some planets work better and more harmoniously together than others, so whenever you are looking at a particular aspect in synastry, you have to consider both the meaning of the aspect itself, and the planets that are aspected.

The opposition aspect in synastry

An opposition in synastry is one of the so-called hard aspects. Oppositions occur when two plants are positioned directly across from and opposite each other in the chart.

Oppositions cause tension between the two planetary energies involved, as the two are locked in a constant gridlock with each other. An astrological opposition can be a cause of discomfort and obstacles, whether it appears in an individual’s chart or in a synastry chart.

When two planets that are already very different from each other, such as the Moon and Pluto, are in opposition to each other, it causes significant friction.

It can be easier to grasp a concept when it is presented in context. For that reason, let us take a quick look at some of the other potential astrological aspects you might encounter in the synastry chart.

The opposition is not the only hard aspect you might see when you study yours and your partner’s composite chart. Another hard aspect you might come across is the square, which happens when plants are angled at 90 degrees to each other. When planets are in as square aspect the planets involved tend to vie for dominance.

Examples of soft aspects include the conjunction, the sextile and the trine.

A conjunction happens when two planets are perfectly aligned and fall in the same astrological house. These two planets amplify each other’s energies, usually in a harmonious way.

A sextile is when planets are angled at 60 degrees to each other. Sextile are flowing, easy and communicative.

A trine is when planets are angled at 120 degrees to each other. This aspect inspires playfulness, while underscoring the need for good communication between the two people involved.

The Moon in synastry

The Moon is one of the most profound planets in astrology overall, and in synastry in particular.

The Moon represents your inner self and your emotional landscape, as well as all of your deepest emotions, motivations and desires, many of which may be hidden in the depths of your subconscious mind.

The Moon also represents your nurturing instincts, gentleness and the material side that all of us possess to a greater or lesser degree, regardless of gender.

Pluto is the planet of fire, desire and aggression. The fact that it has been named after the Roman god of warfare tells you a lot about what Pluto signifies.

Pluto is associated not only with fire, drive, passion, desire, will-power, ego and ambition, but also with raw sexuality and the desire to sexually possess the other.

It is important to note that Pluto is the ruling planet of Scorpio, and that the two share many of the same connotations, including depth, mystery, sex, death and transformation.

All in all, it is fair to say that Pluto is an incredibly intense energy, and when it is aspected in syntry, there are going to intensity and fireworks. However, Pluto can also be a rather destructive force – particularly when it appears in an opposition aspect.

Hallmarks of the Moon-Pluto synastry pairing

Every Moon and Pluto synastry relationship is its own unique entity. Nevertheless, all relationships with this particular synastry aspect in common are likely to experience some of the same characteristics and challenges. Here they are.

The intensity and intimacy of the Moon opposite Pluto relationship is undeniable. It is this very intensity that gives the relationship credence and solidity, but on the other hand, it is important to be aware that the emotional intensity and near-obsession involved can be a lot to withstand. This is true for both the Moon person and the Pluto person.

The Pluto person is driven to possess their Moon partner, body and soul. The Moon person may respond in kind by exerting emotional control.

The two may play games with each other in an effort to secure the upper hand in the relationship – the Pluto person is likely to be most apt at this game.

It could go to a dark place

Together, the Moon and Mars couple are bound to venture to unexplored places. Some of these will be beautiful, and others will be unpleasant.

The intensity of the feelings and emotions that bind them together may also stop the romantic partners in this relationship from thinking’s and acting rationally.

The powerful craving these two have for each other can manifest in ways that are rather obsessive and manipulative.

The Moon person and the Pluto person might both be prone to jealousy and a sense of possessiveness in relation to their partner. While a dash of jealous possessiveness may add spice and colour to a romantic relationship, too much of it can quickly become corrosive.

The Moon person in the relationship

The Moon person in the relationship in Moon-Pluto synastry aspects is the one who feels the pull of deep feelings the strongest. The Moon person is inevitably, forcefully drawn to the Pluto person, as if compelled by a powerful magnet.

The Pluto person inspires, enlivens and fires them up, and the Moon person soon comes to crave the attention and intimacy of the other person.

The Moon person nay have tendency to smother and seek emotional control in this relationship – if you are the Moon person and this resonates, it is important that you watch this tendency, as it is going to bring out the worst in your Pluto partner, and in the relationship overall.

The Pluto person in the relationship

The Pluto person is drawn to the mystery and the emotional softness and allure that the Moon person represents.

Because of the challenging aspect in which you and your Moon partner find yourselves, you may bring out their possessive and smothering tendencies, and you in turn may manipulate and and play with their fears of losing you or or not being enough for you. A dark part of you may enjoy this dance of cat and mouse, at least for a while.

For this relationship to work out, there is a lot for the Moon and the Mars person to work through and resolve. Initially, this relationship may be a catalyst for personal growth and discovery, but it can all too easily draw out the manipulative and obsessive side of both partners.

Truly understanding Moon Opposite Pluto Synastry could mean the difference between great happiness and misery down the line. Find a psychic medium near you today, whether you’re in New York City, Chicago, Utah, Seattle in the US, or somewhere completely different, you can get the expert guidance you deserve. Don’t forget you can also get a psychic email reading at low cost, or try the best online psychic reading sites  such as Kasamba, Oranum, PsychicOz, Bitwine, Everclear Psychic and more.

How high or low is Virgo Libra compatibility? Whether you’re a Virgo or Libra, you might be wondering how these two signs of the zodiac

Are you interested in discovering what a personalized synastry report can tell you about your relationship? Astrology doesn’t only offer valuable insights into our personality

Are you looking for a truly effective shifting script template to try for yourself? Shifting realities is a fun way to experience and feel things

Who Is Gemini Most Compatible With Sexually?

Out of all of the other star signs, who is Gemini most compatible with sexually? Gemini is the most curious and playful of all air

Would you like to discover everything there is to know about the November 27 zodiac personality? There are twelve zodiac signs, one for each of

Are you ready to discover the true meaning of your Moon sign? When someone asks you what your star sign is, you can be absolutely